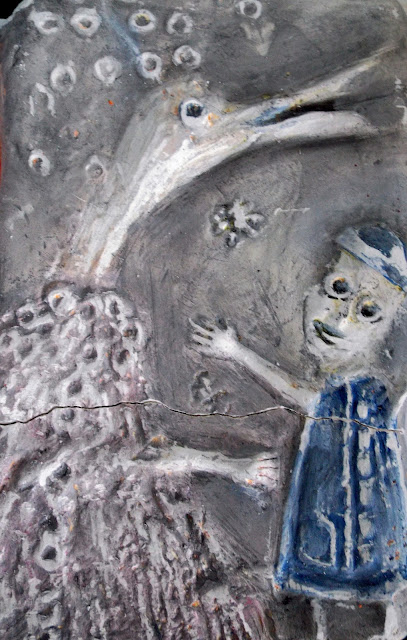 Using the original reed pressed in to play-dough (this was not a good idea as it broke the reed) and pressed beads to do the circles, and i used a needle to draw with. After the plaster was set i added the subtle colour with purple, grey and blue pastel. I do like this one however it does not look good enough to be a final piece, i have a lot of improving to do.

I have also experimented with lino print. I haven't done much printing before, and never have i tried doing a lino print before. It did take longer than i thought it would but i do like the stylistic shapes it has produced due to the carved lines. After printing, i tried out using acrylic, pastel, watercolour and ink to colour, I preferred ink over all the others. 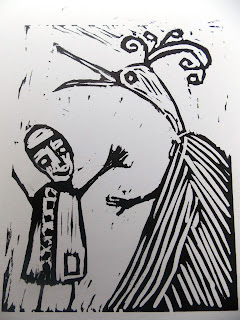 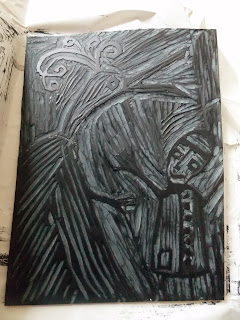 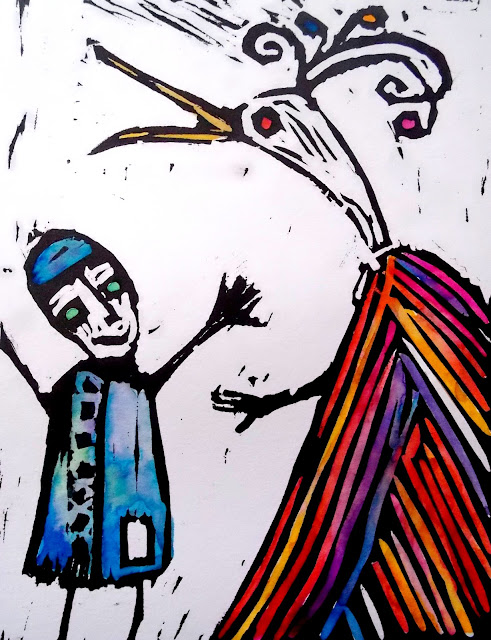 Here i experimented with painting the creature instead in case i should do that for the show instead, i still prefer the unique plaster idea though. 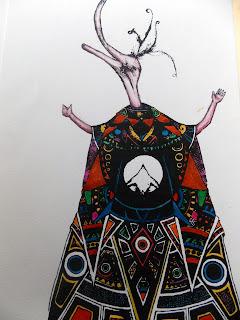 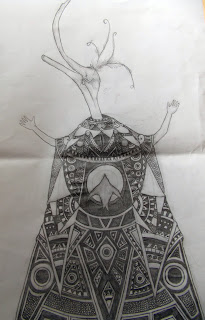 Although i do like this drawing, again i do prefer the plaster idea, but i would like to add a similar detail to the plaster, adding patterns and textures to make it more interesting.

© All rights reserved to the writings, the stories, the artwork of Rosie Daffern