Passage: The Shadow of Hours

Kostas Babaletsos received the Diary of an Angel from Halkios on the 18th of January, 2009 in Maroussi, Athens, Greece.  He placed his and on behalf of Mihalis Lekkakos their Memories and Dreams in the Diary with a musical piece called The Shadow of Hours, sheets of music for two guitars and gave it back Halkios in Athens, Greece.  Four years later, Mihalis added his entry and text that concerned both giving new updated sheets of music, the music in electronic form in the Diary in Halkios' last visit in Ilion, Athens. Their chapter is Chapter XIV (14th). Their passage The Shadow Of Hours leads to room 601 of the sixth floor The Art of Orange of the City of Gold, which they watch over. Their colors are purple and red, so they received a purple ostrich quill and a red quill from Halkios. 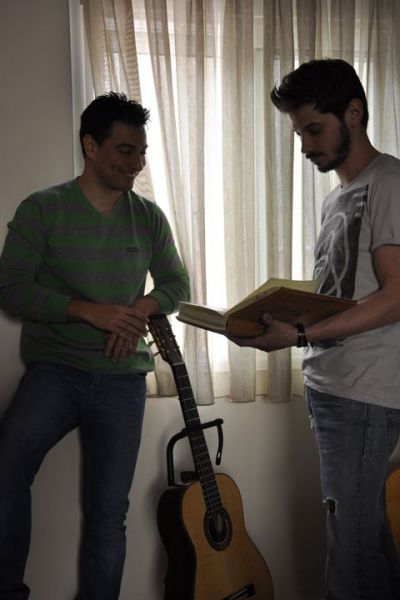 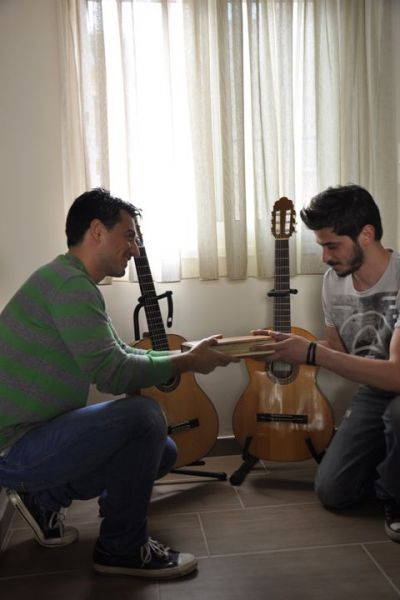 Kostas' and Mihalis' Door will give you access to his biography and it will open when the Diary reaches one of 91 places in Cyprus affiliated with the project. You can find more about the official campaign of the Diary of an Angel and about the journey in Cyprus called Odoiporiko (Οδοιπορικό) by clicking on Connect and Collaborate, on the left. Beyond the door below you will find about the artist and his works and his relation with the project.